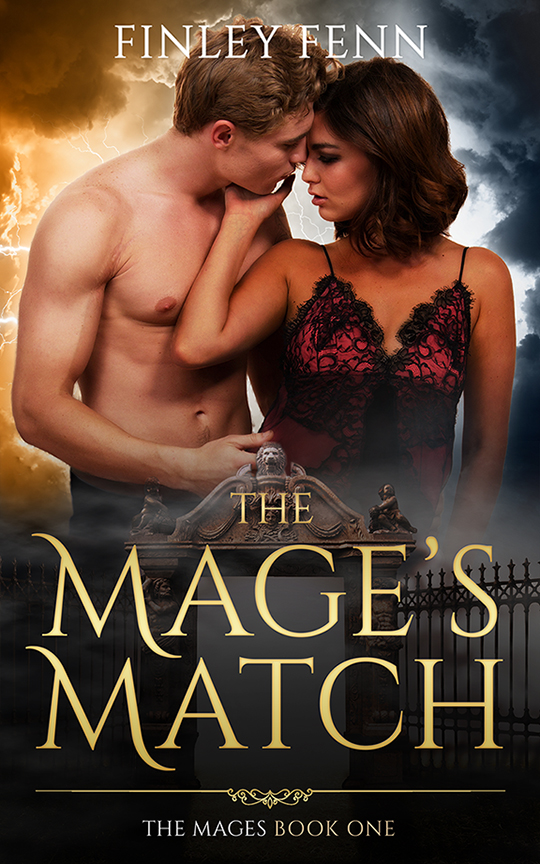 Regin Agmund was the greatest air-mage in the world. Brilliant, rich, proud, adored, with an elite position in Vakra’s powerful, prestigious Coven.

Until he lost his magic.

Even the best experts can’t understand it, and every possible remedy has failed. Regin is furious, miserable, and desperate enough to try anything.

Even if that means hiring a greedy, defiant, and oddly compelling stranger to share his bed…

Selby Seng is a poor, travelling pedlar, who practices a rare, illicit brand of earth-magic.

She’s shocked when the Coven confronts her with an astonishing claim: she happens to have a deep magical affinity with the great Regin Agmund. And if she agrees to give him her maidenhood — along with three whole months in his bed — she just might bring his magic back.

It sounds completely ridiculous, but the price is right, and Selby finally relents — only to discover that in real life, the world’s greatest air-mage is utterly dreadful. He’s hostile, bitter, arrogant, and ruthless, with cruel friends, a jealous ex, and a blind loyalty to a Coven that reeks of death.

But when Agmund takes Selby to bed, it’s raw and angry and glorious — and an unprecedented magical success. And as the heat between them keeps rising, Selby can almost forget that this desperate, deadly, delicious air-mage is only in it for the magic…

Or is he? And when Agmund’s privileged, powerful world starts to close in on Selby, which side will he choose? And what will it cost him to keep his secret, snarky, sexy-as-hell new lover safe — and to win her trust, and her heart, for good?

Sign up and get a FREE Orc Sworn story, plus free bonus epilogues!

You have Successfully Subscribed!